The busiest week of the year continued on Thursday at UN Headquarters and we used our social media platforms to report on the events.  Below are some highlights.

See all our behind the scenes photos in our Flickr gallery.

World leaders, including the President of Guinee Alpha Conde, at a high-level meeting on the Ebola outbreak.

“We come together today in solidarity with the people of Guinea, Liberia and Sierra Leone as they face the largest and most deadly Ebola outbreak the world has ever seen,” Secretary-General Ban Ki-moon said at a High-level Event on Ebola Virus Disease Outbreak which aimed speed up the global response to the outbreak that has evolved from a public health crisis into a threat to peace and security. 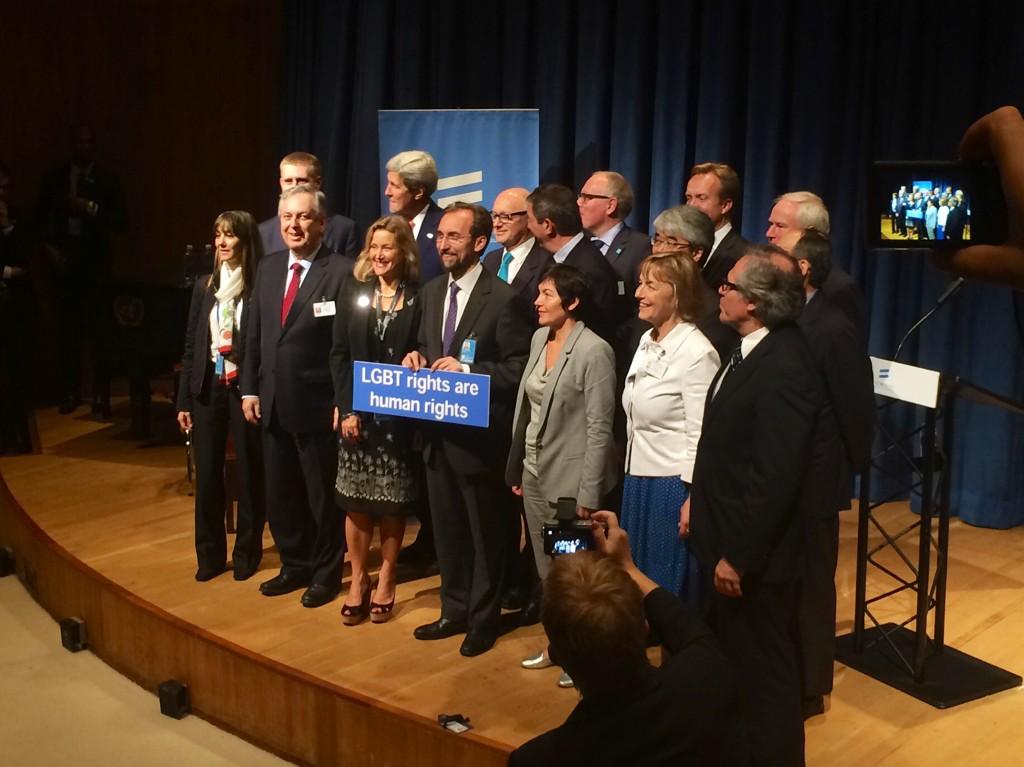 Foreign ministers met to discuss anti-homophobia efforts at an event organized by the UN’s Free and Equal Campaign. All week, delegates and UN staff have been taking photos to show support for LGBT rights at a photo booth set up in the lobby of the General Assembly building.

The Joint United Nations Programme on HIV/AIDS (UNAIDS) today appointed British fashion designer Victoria Beckham as its International Goodwill Ambassador, with a focus on women and children affected by the virus.

Less than two years after its adoption by the United Nations General Assembly, the Arms Trade Treaty has now received the 50 ratifications needed to trigger its entry into force. The milestone was announced Thursday at a joint ceremony held as part of the 2014 Treaty Event, an annual undertaking on the margins of the Assembly’s high-level debate that seeks to promote wider participation in the multilateral treaty framework.

Still to come on Friday and the weeknd

The General Debate of the General Assembly continues on Friday. All speeches by delegates at the meeting can be seen live on webcast.

On Saturday, Ban Ki-moon will once again join an array of top artists including Jay Z, No Doubt, Carrie Underwood, Fun, The Roots and Tiesto at the Global Citizen Festival in New York’s Central Park. The performers, along with the thousands of people in the audience, will be there because they have taken action to end extreme poverty. Watch the concert live on cable on MSNBC  or at msnbc.com. NBC News will also produce a one-hour primetime special of the event to air in the United States on NBC at 9 p.m. on 27 September.